Are Micro-services A Serious Integration Pattern – Or Just A Buzzword?

If you’re at all connected to the world of enterprise integration and custom application solutions, you’ve probably heard a new buzzword popping up all over the place – “Micro-services”.

In a microservice-based application, each individual feature of a product is able to run individually, as part of a suite of small service applications. Each of these services uses a lightweight communication mechanism – usually based on an HTTP resource API – to minimize central application management.

This is in contrast to a “monolithic” application. Monolithic applications put all of their functionality into a single process – and this process is scaled by reproducing it across multiple servers.

In a microservices-based application, scaling and modularity are handled differently. Each application is separated into an individual service – and this allows them to be removed, modified, and changed individually.

Because microservices are each individually built, yet can still communicate with one another, they can be built in disparate programming languages, and even administered and developed by separate teams.

Naturally, this is quite attractive to modern software developers. The flexibility and power offered by a microservice-based application can be very useful. But the question remains: are microservices a legitimate software integration pattern, or just a buzzword?

Microservices are more than just a “flash-in-the-pan”. Properly used, microservices can be hugely advantageous in software integration projects.

In contrast, monolithic architecture often requires wholesale changes to the entire data architecture, and a full redeployment of the software – even for small updates and changes.

This may be one of the primary reasons that we’ve seen so many larger businesses migrate to a microservices-based model – enormous corporations such as eBay, Netflix, and Amazon have moved to integrate microservices into their products.

The advantage, then, is obvious. These companies can deploy changes to core system architecture without affecting the overall usability of their websites, leading to more efficient applications and less downtime.

The modularity, flexibility, and language-independence of microservices makes them very useful – and we certainly see them as a large part of future ESI projects, providing a low-impact method of bringing together disparate software services.

However, we’re still in the early days of microservices architecture. As a concept and a development technique, this method of programming and information architecture has only been around for a few years – while traditional “monolithic” service-oriented architecture has been used for decades.

There are also some serious drawbacks to microservice architecture which can make it risky for enterprise integration.

First, because each individual microservice requires other interconnected applications to function perfectly, a single mistake or crash can cause serious issues within the system.

For example, imagine that your company has integrated an Apache database with a CRM by using a micro-service based approach. If that microservice is integrated with another disparate process – an authentication program, for example – and that service crashes, the entire system can be affected.

Second, microservices can be inefficient. Because scaling a microservice architecture requires the duplication of existing software deployments, a horizontal scaling approach must be used to provide more bandwidth and higher performance. Compared to a monolithic model, this uses quite a bit more software and hardware resources.

Finally, development times can increase in a micro-services based model – especially if different development teams are used for each application feature. As these features grow in size and complexity, it becomes harder to change each one, and this can lead to a longer overall software development cycle.

Overall, though, microservices are a promising method of software architecture – and they’re ideal for low-cost, easy-to-deploy integration services. As time goes on, we’ll certainly see more refinement in microservices techniques – and this style of data architecture is unlikely to go away anytime soon.

We’re excited about the future of microservice-based software integrations. And though microservices aren’t perfect, they’re a fantastic way to create a powerful and low-impact enterprise integration system!

Interested in learning more about microservices and enterprise integration? Contact us today! We’d be happy to discuss the benefits of this novel approach, and explain how your business can benefit from either a traditional “monolithic” approach or a more lightweight microservice-based integration! 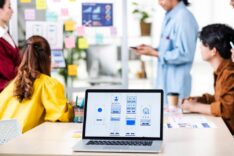 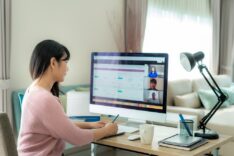 How Increased Remote Work Changes The Need for Enterprise Integration